Cold temperatures in the California and Arizona desert growing regions have caused issues with lettuce that are likely to impact the market come early 2022.

Mark Shaw, vice-president of operations for Salinas, CA-based Markon Cooperative says widespread lettuce ice started developing last Thursday as temperatures dropped in those growing regions into the upper 20s to low 30s. This, in turn, caused ice to form on lettuce crops. While Markon Cooperative’s Quality Assurance Inspectors continue monitoring for ice-related challenges, the immediate impact was that harvesting crews for lettuce and other crops were delayed up to three hours or until heads fully thawed.

“Typically, we will hear more about “ice” repercussions in iceberg, romaine and other head leaf varieties due to the higher demand for these varieties,” says Shaw. The quality challenges that lettuce ice cause includes epidermal blistering and peeling—this causes the skin to break down and exhibit brown coloring. 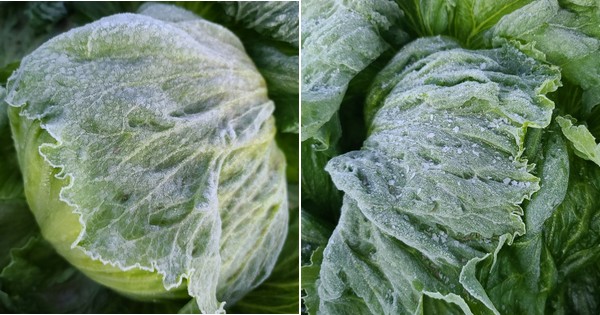 Icy effects
“Tender leaf varieties—especially spring mix—will also experience epidermal blistering and peeling, but typically we will see a yellowish cast on the green leaves,” says Shaw. “The same yellowish cast/dull appearance will happen to iceberg, romaine, and other leaf items if the period of lettuce ice is lengthy—lasting for seven to 10 consecutive days, or if the weather is cold enough that ice stays on the plants for three to four hours every morning.”

Some grower-shippers did experiment with prevention tactics pre-temperature drop—namely, laying tarps over the sections of the fields they want to harvest first to keep the ice off those plants and allow for the harvesting crews to start earlier. “But this is not a common practice,” says Shaw.

Growers could also harvest a day or two earlier in anticipation of lettuce ice, but the relief is short term and will only help supplies for the first two days or so. “Then they are forced to manage their harvests according to the number of hours temperatures are the danger zone,” says Shaw. 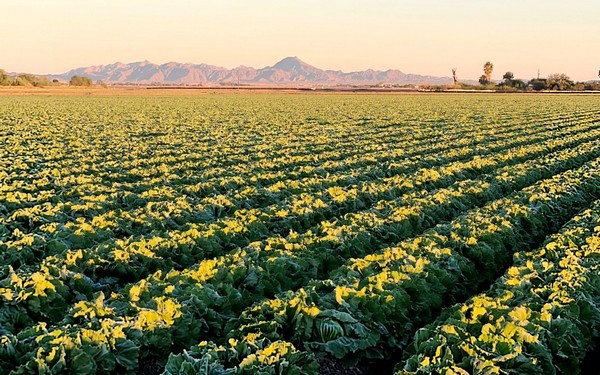 Slower movement currently
That said, demand is typically slower on lettuce in the last two weeks of December. “School systems are closed for the holiday season and retailers beef up their purchases in early to mid-December and then lay low, typically until early January, returning in full force to restock inventories,” says Shaw. “If demand is off and harvestable supplies are still meeting demand, we won’t see the market react too quickly. But get ready for prices to move up early January.”

Shaw says the lower-than-normal temperatures will reduce plant maturity, which in turn will drive the market up once growers have harvested these fields. “Markets will be driven higher for two reasons: to meet finished product demand, processors will be forced to harvest more fields (as lower weights reduce harvestable pounds per acre), putting the industry ahead of schedule and lowering available volume,” says Shaw. He also adds that with fewer heads on the market, demand for 24-count cartons of lettuce and leafy greens will increase and ultimately drive the market higher.

Looking ahead, Shaw says the Markon Quality Assurance team did find epidermal blistering on Saturday, December 20, which means quality challenges have begun. “The forecast calls for a little warmer weather through mid-week followed by rain at the end of the week. These conditions will bring another set of challenges,” he says, noting this includes making the damaged epidermal layer of the plant break down faster and production challenges involving machinery possibly getting stuck in the mud and slowing the crews’ ability to harvest.